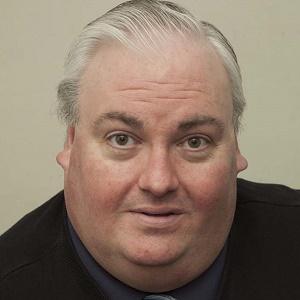 Famous for his roles in the BBC series Doctor Who (as Dorium Maldovar) and Puppy Love (as Tony Fazackerley), he is also notable for his portrayal of The Fat Friar in the 2001 fantasy movie Harry Potter and the Philosopher's Stone.

At the start of his screen acting career, he appeared in episodes of One Foot in the Grave and 99-1.

He co-founded the Tilt-Yard Theatre Company.

A native of Ruislip, England, he was raised by his grandparents. In 2006, he married Anthony Dugdale.

Early in his career, Fisher-Becker was mentored by British screen actor Denholm Elliott.

Simon Fisher-Becker Is A Member Of