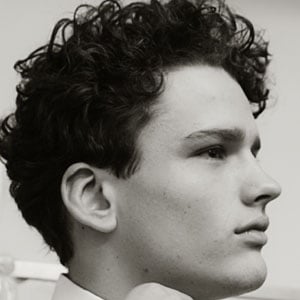 Successful male model who has booked lucrative campaigns with brands like Calvin Klein, Lavin, Ralph Lauren, and Yves Saint Laurent, among others.

He began modeling in his young teens, around the time he was 14 or 15 years old.

In 2011, models.com ranked him as the second most successful model in the industry.

He was born in Courtenay, British Columbia.

In 2011, models.com ranked him the second most successful male model in the industry behind Sean O'Pry.

Simon Nessman Is A Member Of