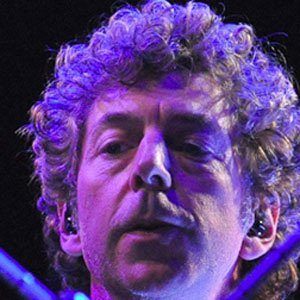 British drummer who has played for The Who, Toto, and Judas Priest. He branched off as a solo artist in the 1980s and released the album Protocol in 1988.

He played in the musical Jesus Christ Superstar and went on to become a session musician.

He released four studio albums and is founder of the jazz band Vantage Point.

He began his career playing for Dixieland, his father's band.

He became a member of Toto after drummer Jeff Pocaro's death.

Simon Phillips Is A Member Of