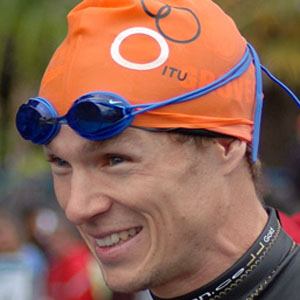 Canadian triathlete and Olympic gold medalist who won the triathlon at the 2000 Sydney games.

He began training for the triathlon at age 11 and by 15 he was racing competitively.

He broke his collar bone when he fell off his bike at the 2012 London Olympics.

He is the son of Geoffrey and Linda Whitfield.

He competed in the 2008 Olympics where swimmer Michael Phelps won eight gold medals.

Simon Whitfield Is A Member Of