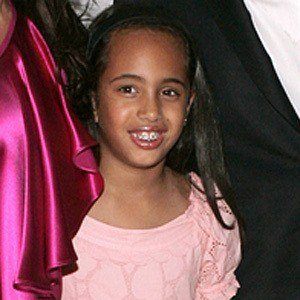 Social media sensation who rose to fame as the daughter of former professional wrestler and movie actor Dwayne Johnson. She has earned more than 470,000 fans on her simonegjohnson Instagram account.

Married in 1997, her mother, Dany Garcia, and father, Dwayne Johnson, were together for a decade before divorcing in 2007.

She has wrestled competitively.

She has two younger half-sisters, Jasmine and Tiana, through her father's relationship with Lauren Hashian.

She has a number of famous friends including singers Dinah Hansen and Ally Brooke.

Simone Garcia-Johnson Is A Member Of