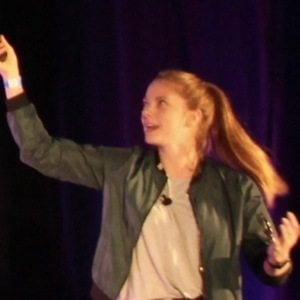 Swedish inventor known for her work in robotics innovation. She has documented her work on her self-titled YouTube channel, where she has gained popularity for her comedic demonstrations of her robotic inventions.

She dropped out after one year of college, where she was studying physics. She then studied robotics at Hyper Island in Stockholm, Sweden. She worked as an MMA sports journalist before launching her channel.

Her mother, Caroline, has worked as a paranormal researcher on the Swedish TV series Det Okanda.

She began collaborating with Adam Savage in 2016 on the popcorn feeding helmet invention.

Simone Giertz Is A Member Of