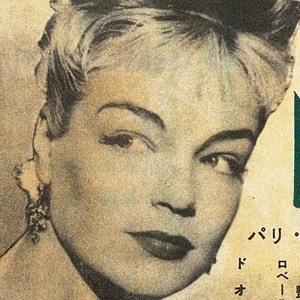 She won the 1960 Best Actress Oscar Award for her role in the 1959 film Room at the Top. During her career she also won a César Award, three BAFTA Awards, and an Emmy Award.

She worked as a typist for a French collaborationist newspaper and tutored in English and Latin.

She appeared in the 1955 film Les Diaboliques, which in English means The Devils.

She starred with Laurence Harvey in Room at the Top, which was based of a novel by John Braine.

Simone Signoret Is A Member Of