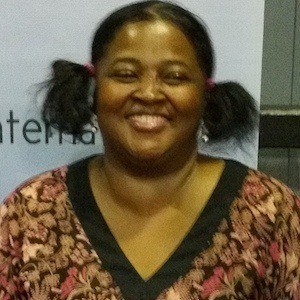 Born Lisa Williamson, her wide-ranging career has seen her as a recording artist, music executive, novelist, film producer and activist. Her remarks about race during the 1992 presidential campaign that Bill Clinton would publicly criticize gained her prominence. That moment gave birth to the term "Sister Souljah Moment" in politics.

In 1985 while attending Rutgers as a senior, she founded the African Youth Survival Camp for children of homeless families.

She was a guest singer on numerous tracks of Public Enemy, and would become a full-fledged member of the group following the departure of Professor Griff. She put out a solo project called 360 Degrees of Power.

She and her husband Mike Rich have a son named Michael Jr. Her childhood upbringing in the Bronx was full of poverty, and she later moved to the suburbs of Englewood, NJ.

Sister Souljah Is A Member Of