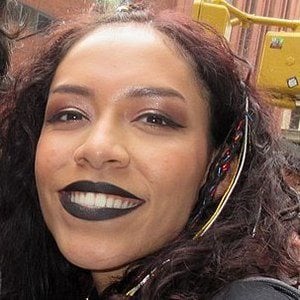 American actress who had a breakout 2019 thanks to her role on the Netflix series Chambers. She has also had success as a runway model after being discovered at the Santa Fe Indian Market at age 16.

She attended the Institute of American Indian Arts in Santa Fe, New Mexico.

In 2016, she exhibited her own skateboard art dubbed Hypnotize at the Silver and Turquoise Ball.

She was raised by her mother and grandmother on the San Carlos Apache Indian Reservation.

She joined Uma Thurman and Tony Goldwyn in the cast of Chambers.

Sivan Alyra Rose Is A Member Of