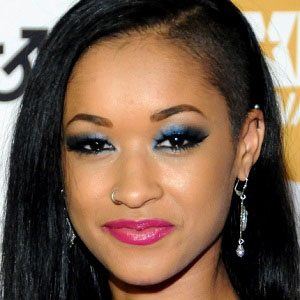 Born Raylin Christensen, she is an AVN and XBIZ Award winning adult film actress and model with a signature shaved-on-one-side haircut.

Her career began in mainstream modeling, working with companies such as Louis Vuitton and American Apparel. She made her adult film debut in 2009.

Cartoonist David Mack portrayed her as Echo in the miniseries Daredevil: End of Days. She has also worked with well known photographer Terry Richardson.

She was born in Ventura, California and raised in Dunfermline, Scotland. Her father is actor Rodd Christensen and she has a sister named Heather.

She starred in the music video for B.o.B.'s "John Doe."

Skin Diamond Is A Member Of