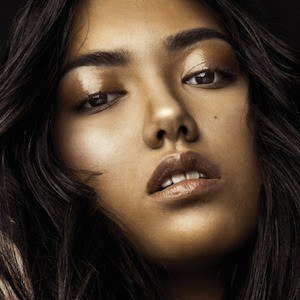 Ford model and pop singer, her first electro pop EP was released on iTunes in August 2015.

She began modeling when she was 6 years old. By the time she was a freshman in high school, she had signed with Ford Models in Chicago. When she turned 16 she signed with its larger and more prestigious parent company Ford Models New York. Her interest in music was instilled in her from an early age, too. She played the piano and the drums. She became seriously interested in singing after she performed Leona Lewis' "Bleeding Love" at a fifth grade talent show.

She had to miss a lot of classes for her travel to photoshoots. The principal wanted to put her on the truant list but wasn't able to because she could point to all of her honors classes and her standing in the top 10% of her high school class.

She is of Filipino, Indian, and Persian descent and refers to herself as "a tall asian." She grew up in Chicago with her parents and her brother Hunter.

She was featured in the Ford Models Blog's Interview Specials, as was model Hailey Baldwin.

Skye Daru Is A Member Of