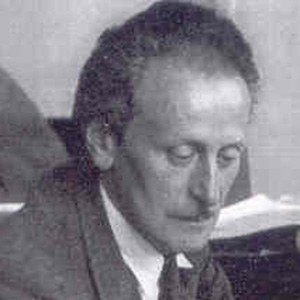 Croatian architect who designed and built Zagreb's first skyscraper. Participated in the reconstruction of Nama department stores in Croatia, Slovenia, and Bosnia and Herzegovina in 1945 following World War II, but was forced by the Communist regime to switch to the Bureau of Architecture project in 1946.

He was unable to work during World War II because of the Nazi threat, and he spent the war years moving from one Zagreb hiding place to another.

He was born into a wealthy Croatian Jewish family. His parents were both victims of the Holocaust.

He and Frank Lloyd Wright were both renowned architects.

Slavko Lowy Is A Member Of