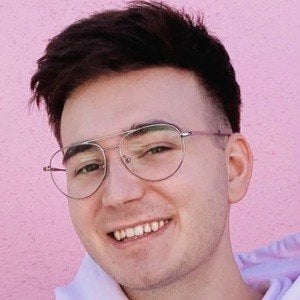 Polish YouTube star who is famous for comprising one-third of the Smav channel. He has garnered more than 5 million views there for his lively challenges, tags, and pranks alongside his two long-time friends.

He was originally born and raised in Poland.

He and Sylwia Lipka have collaborated on his YouTube channel.

Smav Is A Member Of