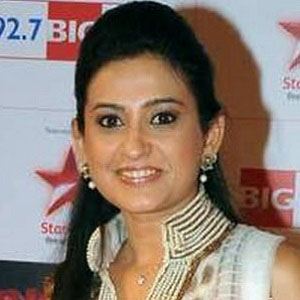 Most famous for her soap opera roles on Sarhadein, Balika Vadhu, Aashirwad, and Amanat, she is also notable for her role as Pinky in the Bollywood film Karzzzz.

She began her television acting career in the late 1990s, after relocating from Jaipur to Mumbai, India.

She received a Best Supporting Actress Indian Television Academy (ITA) Award for her role as Sumitra in Balika Vadhu.

Following their 2000 wedding, she and her husband, Ankush Mohla, welcomed two daughters.

She and Manju Warrier were both in the cast of the Malayalam film Daya.

Smita Bansal Is A Member Of