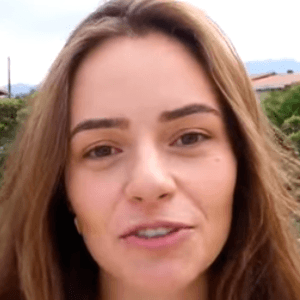 Professional freediver who is known for having earned multiple world records in the freediving category and has won multiple championship trophies in different diving events as well both with and without equipment. She shares several photos from her diving excursions as well as other lifestyle pictures with her over 330,000 Instagram followers.

She studied at the Immaculate Heart of Mary School where she graduated in 2008. She first began training for her diving in 2001. In 2008, she won her first medal at the National Sports Games in multiple relay events. In 2014, she competed in the Pan-American games and received first place in the dynamic apnea with equipment event.

In 2016, she placed first in the Vertical Blue competition held in Long Island, Bahamas. Upon competing, she received three separate Pan American brands and one South American.

She was born and raised in Pereira, Colombia.

Other divers who compete in the Pan American events include Rommel Pacheco, Cassidy Krug, and Jennifer Abel.

Sofía Gómez Uribe Is A Member Of