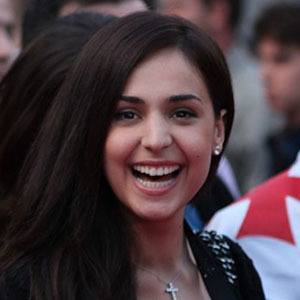 Georgian singer who is best known for competing on the Eurovision Song Contest in 2010. She has also been a judge on The X Factor Georgia.

She graduated from the Musical Academy at the Tbilisi State Conservatory.

She has earned over 180,000 followers on her sofianizharadze Instagram account. She has also been a judge on Georgia's Got Talent.

She has been married to Andrei Aleksandrin.

She is a well-known singer from the nation of Georgia who is comparable to Katie Melua.

Sofia Nizharadze Is A Member Of