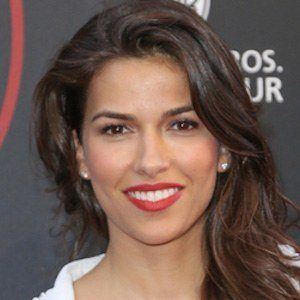 Actress and model who gained prominence when she was cast as Marisa Sierras on the long-running soap opera The Young and the Restless in 2015. In 2019, she began starring in Blood & Treasure. She has also appeared in CBS's NCIS.

She was approached by a talent agent for modeling, which jumpstarted her career. Her first role was in the 2009 made-for-television movie The Immortal Voyage of Captain Drake as Isabella Drake.

She was born in Fes, Morocco, to a Moroccan mother and a Galician father.

Sofia Pernas Is A Member Of