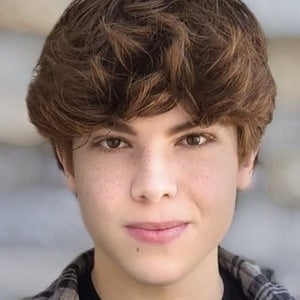 Actor who rose to fame as a child playing Johnny in the Amazon Prime series Sigmund and the Sea Monsters. He plays Trent in the 2022 remake of the movie Cheaper by the Dozen.

In 2014, he made his screen debut in the short film Each Rose Has Its Thorns.

He guest starred in an episode of The Goldbergs in 2017 as Young Adam.

He starred opposite David Arquette in Sigmund and the Sea Monsters.

Solomon Stewart Is A Member Of