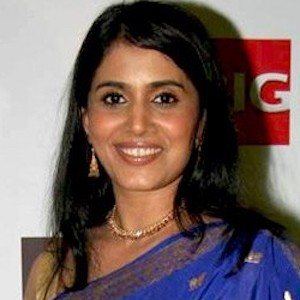 Indian actress who has appeared in Sugar Salt Ani Prem and The Good Road. She played the role of Shanta Bheemrao Bhansode in the 2009 film Love Khichdi.

One of her earliest roles was as the title character in the 1992 film Cheluvi.

She acted alongside Nana Patekar in the 2014 film Hemalkasa.

Sonali Kulkarni Is A Member Of