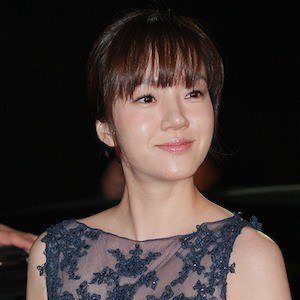 Movie actress who starred in Park Chan-wook's I'm a Cyborg, But That's OK. She won won Best Actress at the Blue Dragon Film Awards and the Women in Film Korea Awards for the film All About My Wife.

She started off as a cover model for teen magazines in 1998.

She first found acclaim in the 2003 film A Tale of Two Sisters by Kim Jee-woon. She has 370,000 followers on her soojunglim_ Instagram account.

She denied allegations that she was dating actor Gong Yoo.

She and Lee Eun-ju are both considered to be movie actresses born in South Korea.

Soo-Jung Lim Is A Member Of