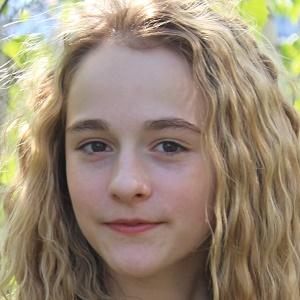 Lucille Lortel Award-nominated actress for Outstanding Featured Actress in a Play for her performance in The Nether at the MCC Theater. She also played Brigitta in NBC's Sound of Music Live and Lydia in the Tony-nominated musical Beetlejuice. She was featured as the younger sister of AnnaSophia Robb in the film Jack of the Red Hearts.

She moved to New York City when she was eleven years old to pursue a career as an actress.

She has been featured in multiple world premieres, including the acclaimed Little Dancer at the Kennedy Center in Washington DC.

She was born in Spokane, Washington as the youngest of three children. She and her boyfriend, photographer Emilio Madrid, began dating in February 2019.

She performed a song and dance number with Bernadette Peters from NBC's Smash, which was titled "At Your Feet."

Sophia Anne Caruso Is A Member Of