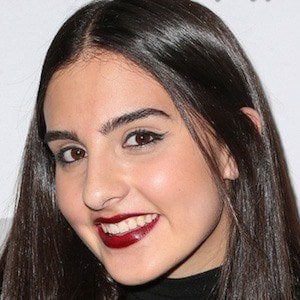 Best known as the daughter of Kyle Richards and her husband, Mauricio Umansky. Her mother and father married in 1996, and gave birth to her four years later.

Her mother rose to prominence via early acting roles in feature films. She eventually went on to star on the Bravo reality series The Real Housewives of Beverly Hills.

Her father is considered one of the top real estate agents in the United States. In 2015, he earned a spot on Hollywood's Top 25 Real Estate Agents list.

She was born and raised in Los Angeles, California. She has sisters named Alexia and Portia.

Her cousins are Nicky and Paris Hilton via her mother's family history.

Sophia Umansky Is A Member Of