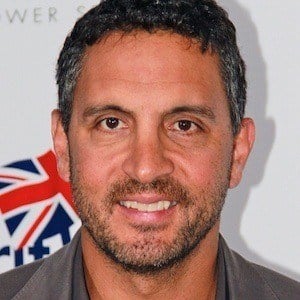 Real estate agent best known as the husband of Real Housewives of Beverly Hills star Kyle Richards. Through his wife, he's accumulated a following of more than 480,000 fans on Instagram and more than 250,000 followers on Twitter.

He formed The Agency in September 2011 after more than ten years of experience in real estate.

He is the CEO of The Agency, a luxury real estate and lifestyle company. He has also been featured as an expert on Fox Business News and CNN Money.

He has three daughters named Alexia, Sophia, and Portia.

He is the husband of a Real Housewives star, much like Ken Todd.

Mauricio Umansky Is A Member Of