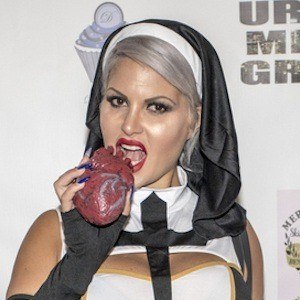 Reality star who finished in second place on the tenth season of I'm a Star...Get Me Out of Here. She's also appeared on the reality shows, Outback and Junglecamp, and Wild Girls On High Heels Through Africa.

She made her reality show debut on The Wollersheims in 2011.

She's a recognized DJ and has taught private lessons at Europe's famed Modern Music School since 2013.

She's a widely known reality star similarly to Courtney Stodden, who starred on the UK reality show, I'm a Celebrity, Get me out of Here!

Sophia Vegas Wollersheim Is A Member Of