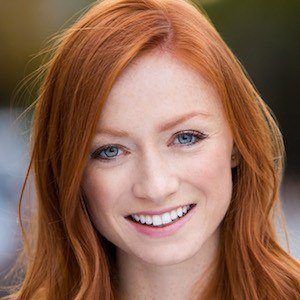 Played the character of Dylan Marvil for the direct-to-DVD film The Clique and had a recurrent role on The Tyra Banks Show as herself.

She was only eight years-old when she first started participating in theater groups.

She was praised for her role in Lincoln Heights as Callie.

She was born in Ventura County, California. Her two sisters, Emily Rose Everhard and Olivia Eve Everhard, are also actors.

She had a minor role in the Nickelodeon series Zoey 101, starring Jamie Lynn Spears.

Sophie Anna Everhard Is A Member Of