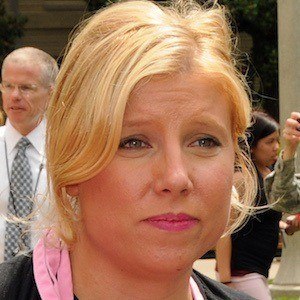 One half of Georgetown Cupcake, a bakery in Washington D.C. she runs with her sister Katherine Berman. The cupcake shop has become the subject of the TLC reality series D.C. Cupcakes.

Both she and her sister learned baking from their Greek grandmother as children. Prior to opening the cupcake shop, she worked at a venture capital firm in Boston, Massachusetts.

From it's home shop in Georgetown, the cupcake shop has grown across the country with locations in Atlanta, New York, Los Angeles, and Boston.

Her maiden name is Kallinis. Her mother Elaine has also helped run their cupcake shop. She has a niece named Isis. Her son, Philip Veillion LaMontagne, was born on February 12, 2021.

The Georgetown Cupcake sisters have been guests on a number of talk shows including the Martha Stewart Show and the Rachael Ray Show.

Sophie LaMontagne Is A Member Of