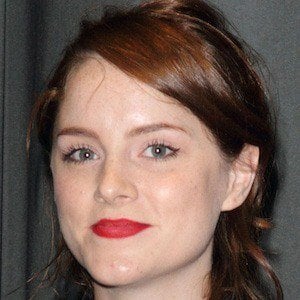 British television actress most well known for her recurring roles in popular dramas like Peaky Blinders, Dickensian, and Brief Encounters. She has appeared in episodes of The Bletchley Circle and Not Safe for Work.

In 2011, she graduated from Royal Academy of Dramatic Art. Not long after she earned the recurring role of Roberta Maioni in the series Titanic.

In 2012, she starred as Clara in the film adaptation of Charles Dickens' Great Expectations.

Born to Fiona and Michael Rundle, she has two brothers, James and Henry.

She starred alongside David Thewlis, Ken Stott, and Miranda Richardson in the TV movie An Inspector Calls.