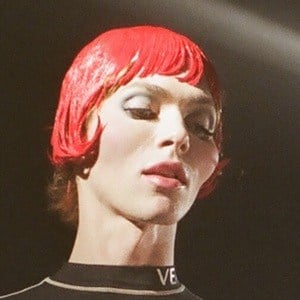 Scottish singer, songwriter, record producer, and DJ who became known by her stage name SOPHIE. She rose to fame with her singles "Bipp" and "Lemonade," which was used for a 2015 commercial for McDonald's.

She started her career by joining a band named Motherland. She released her debut single "Nothing More to Say" in February 2013.

She released her first studio album Oil of Every Pearl's Un-Insides in 2018.

She grew up in Glasgow, Scotland. Her father's electronic music cassettes piqued her early interest in music.

Sophie Xeon Is A Member Of