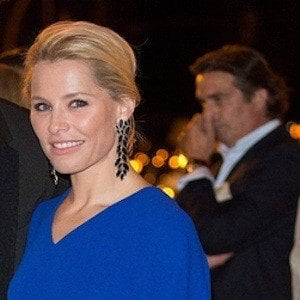 Successful pop singer who made a name for herself internationally in 2009 when she represented Spain in the Eurovision Song Contest. She has also released half a dozen successful albums including her platinum-selling debut album Corazón De Fuego.

Before beginning her screen and singing career, she worked as a flight attendant for Iberworld.

She began her television career in 2005 competing on Operación Triunfo. She would later appear in El Club de Flo, Cabaret Olé, and Pasapalabra.

She began a relationship with male model Miguel Ángel Herrera in 2012. They gave birth to their first child, Manuela Grace, in 2017.

Kate Ryan joined her on the 2008 single "Tonight We Ride / No Digas Que No" from the album Free.

Soraya Arnelas Is A Member Of