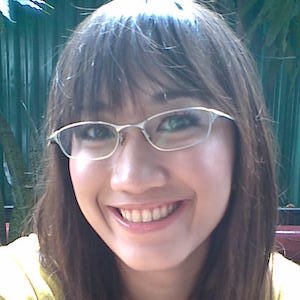 Television personality who came to fame in the early 2000s as a VJ for MTV Indonesia. She later became a presenter for sports shows on Trans7 and dabbled in music, releasing the single "I Give You Me" in 2010.

She was raised in Kota Palembang, Indonesia. She worked as an English teacher prior to her career in the entertainment industry.

Her Song "I Give You Me" features American singer Keith Martin.

Soraya Hylmi Is A Member Of