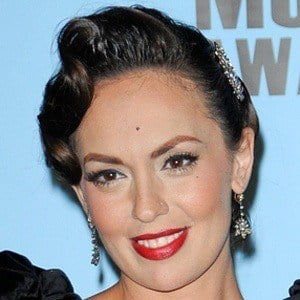 Singer and songwriter who first made a name for herself writing songs for stars like Mark Ronson and Estelle. She then released her debut solo album Crack the Code in 2014.

She first began her entertainment career as an actress but eventually became interested in the world of DJing. Then, at fifteen, she began singing in clubs.

Her birth name is Deborah Sarah Epstein. Though she was born in Paris, she was raised in New York City and Los Angeles.

In 2009, she released the international hit "Morning After Dark" with Timbaland and Nelly Furtado.

Soshy Is A Member Of