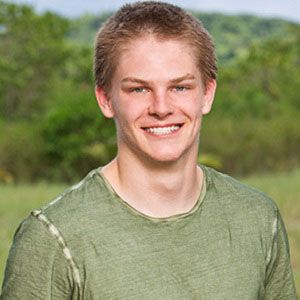 Famous as a finalist on Survivor: Cagayan, this University of Chicago economics major entered the world of reality television once again on Survivor: Cambodia.

During his high school years, he captained his school's track and cross country teams and tied for first place in the World Open Chess Tournament.

He lost more than twenty pounds while competing on Survivor: Cagayan as a member of the Luzon tribe.

Born and raised in Atlanta, Georgia, he later settled in Chicago, Illinois. He is the son of Davey Bledsoe and the brother of Taryn and Kelly Bledsoe. He frequently posts photos of him and his girlfriend, Marcella, on Instagram.

He and Cirie Fields both competed on two seasons of Survivor (Fields was featured on Survivor: Panama and Survivor: Heroes vs. Villains).

Spencer Bledsoe Is A Member Of