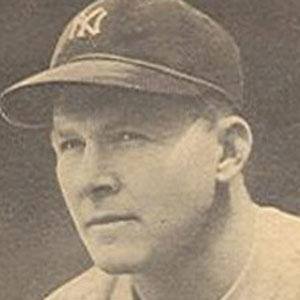 4-time All-Star pitcher of the New York Yankees won won 3 World Series Championships with the team in the 1940s.

He was a walk-on at the University Georgia, arriving one day on campus to announce to the football coach he could outrun and outcatch anyone on his team; and he proved right.

He was born in Commerce, Georgia, a farm community in Jackson Country, moving later to Franklin Country to be nearer to a school.

He played alongside the legendary Joe DiMaggio on the Yankees.

Spud Chandler Is A Member Of