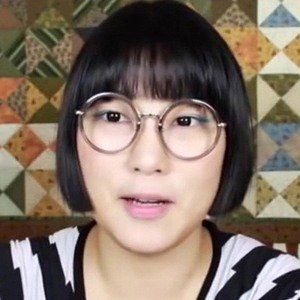 YouTube beauty expert who is known for her ssin 씬님 channel. She has gained popularity for her intricate and often themed makeup tutorials, which have seen her transform into an eclectic blend of character looks.

She has amassed more than 1.5 million subscribers to her YouTube channel since its beginning. One of her most popular videos there, "Beauty Creator SSIN 씬님 _ YouTube (60s)", has earned more than 12 million total views.

She and fellow YouTuber BeautyChickee are both known for their beauty and makeup tutorials.

Ssinnim Is A Member Of