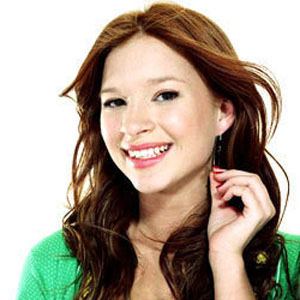 Canadian actress best known for playing Ellie Nash in the television series Degrassi: The Next Generation.

She graduated in 2005 from the all-girls school Branksome Hall.

She was one of the last girls in the running for the lead role of Juno in the 2007 film Juno.

She has a Jewish father and a sister named Lindsay.

She co-starred with close her close friend Lauren Collins in Degrassi: The Next Generation.

Stacey Farber Is A Member Of