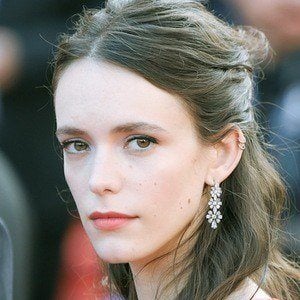 French-English actress who played the role of Young Joe in the 2013 film Nymphomaniac. The performance earned her a 2014 Bodil Award nomination.

She was cast in Nymphomaniac as the young version of actress Charlotte Gainsbourg's character.

She played the role of Sophie in the 2013 film Winter.

She was born in Paris, France. She began dating musician Daniel Blumberg and they lived together in London, England.

Stacy Martin Is A Member Of