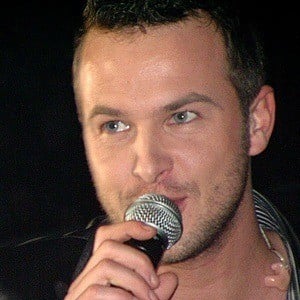 Platinum-selling Belgian pop singer known best for his #1 albums Liefde voor publiek and his 2016 self-titled album. He is also a soap actor known for his role as Kevin in Wittekerke.

Before releasing his debut album in 2007, he began his acting career in 2003 with a role in Flikken.

In 2008, he joined the cast of Vermist as Steve Van Hamel. Some of his other popular acting roles include the shows David and Amika.

He was born in Wijgmaal, Leuven, Belgium.

In 2007, he provided the French voice acting for Lou Romano's character Linguini in Pixar's Ratatouille.

Stan Van Samang Is A Member Of