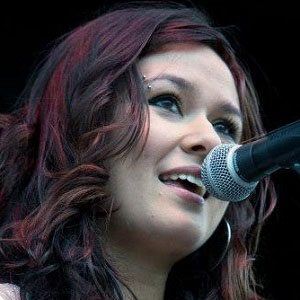 Famous for her pop albums The Underdog (2010) and Self (2012) and for her popular singles "Mr. Immature" and "Paper Doll," this vocalist and guitarist was nominated for Canadian Radio Music and Western Canadian Music Awards in 2011 and for a Toronto Independent Music Award in 2012.

In her early teens, she appeared in commercials for Hasbro and Radio Disney. Several years later, she independently recorded her first two albums: Stephanie Lang and Music in Me.

Her music was included on the soundtracks of the 2007 film Blonde Ambition, the ABC series Rookie Blue, and the Canadian teen series The Best Years.

Born to a German father and a Filipina mother, she and her older siblings Carla and Mark spent their early years in British Columbia, Canada.

In 2009, she signed a contract with Nettwerk One/H-Songs, a music publishing group that helped establish the careers of Canadian vocalist Sarah McLachlan and of members of the British band Coldplay.

Stef Lang Is A Member Of