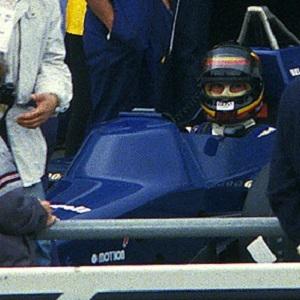 Driving a Porsche 956, he set the fastest lap record in 1983 on the Nordschleife configuration at the Nürburgring. His career tragically ended in a car crash during the Spa World Sportscar Championship race.

He made his Formula One debut in 1984 in the Brazilian Grand Prix but failed to finish his first two races.

He was victorious at the 1984 World Sportscar Championship.

He was born in Gießen, West Germany.

He was scheduled to meet with Enzo Ferrari before his tragic death, a meeting that was set up because of his supreme talent as a driver.

Stefan Bellof Is A Member Of