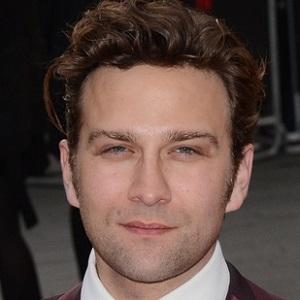 English actor most famous for his role as Greg Jessop on the long-running soap opera EastEnders. He previously played Jamie Nash on the series Hollyoaks and competed on the ice skating competition Dancing on Ice in 2006.

He attended Monkton Combe School in Bath and got his big break on Hollyoaks in 2001.

He has provided guest vocals to songs by the British happy hardcore band CLSM.

He married actress Debbie Flett in 2006.

He played the fiance of Jo Joyner on EastEnders.

Stefan Booth Is A Member Of