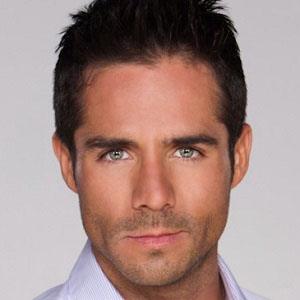 Notable for his protagonist roles in the telenovelas La Mujer del Vendaval, Muchacha Italiana Viene a Casarse, La Que No Podia Amar and Juro Que Te Amo, he is also famous for his supporting roles in Locas de Amor, Rebelde, and many other popular Spanish-language soap operas.

After attending Televisa's Centro de Educacion Artistica, he made his television debut in Mujer de Madera.

He received TVyNovelas Awards for his performances in La Que No Podia Amar and Los Exitosos Perez. Apart from his work on television, he is known for his activism on behalf of animals and the environment.

He and his younger brothers Daniel, Julio, and Alejandro grew up in Guadalajara City, Jalisco, Mexico, as the children of engineer Edgar Jose Ron Vazquez, Sr.

He and Africa Zavala were both series regulars on Codigo Postal.