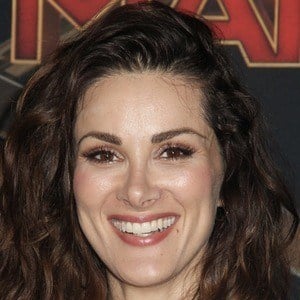 Dancer and actress most well known for her portrayal of Dr. Carina DeLuca in the fourteenth season of Grey's Anatomy. She has also had roles in Glee and Satisfaction.

She began dancing at the age of six. She would later earn a B.A. in Performing Arts in Milan. She went on to spend the next decade in dance and theatre for The Voice (UK), The X Factor (UK), and for artists like Leona Lewis and Kylie Minogue.

In 2017, she was cast as Sofia Fasano in the feature film The Gods.

She grew up in a small town at the base of Mount Etna. Her mother would often create dance costumes for her as a child.

In Grey's Anatomy, she stars opposite Ellen Pompeo, Justin Chambers, and Chandra Wilson.