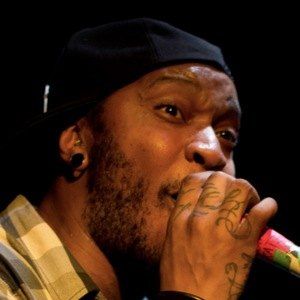 Rapper and former punk rocker who's worked his way through the underground hip-hop scene, he is known for mixing hip-hop with guitar squalls, screamed vocals, and futuristic beats. His Instagram has attracted over 20,000 followers.

He was a punk rocker before he was a rapper and performed with bands like Degenerates and Om in the late '90s.

He was born and raised in Minneapolis, Minnesota.

His influences include Mos Def and Aesop Rock.

Stefon Alexander Is A Member Of