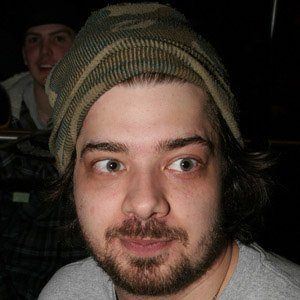 American underground hip hop artist and member of the group The Weathermen. He became known for his complex rapping style.

He began rapping in the underground hip hop scene in New York City and attained his Bachelor of Fine Arts degree from Boston University in 1998.

He once released a forty-five-minute instrumental piece for Nike.

He's collaborated with Kimya Dawson as a member of The Uncluded.

Aesop Rock Is A Member Of