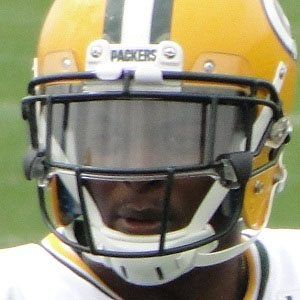 Wide receiver who was selected 53rd overall in the 2014 NFL Draft by the Green Bay Packers. He received the 2013 Paul Warfield Trophy as the nation's top wide receiver for the Fresno State Bulldogs after compiling 131 receptions, 1,719 yards, and 24 touchdowns.

He was a multi-sport athlete hat Palo Alto High School, competing in both football and basketball.

He was named the Mountain West Conference Freshman of the Year in 2012 and earned First-Team All-MWC honors in both 2012 and 2013.

He was born in Palo Alto, California, to parents Douglas Adams and Pamela Brown. He has one brother and two sisters.

Davante Adams Is A Member Of