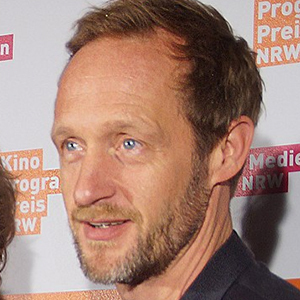 Actor who is most famous for his roles on German television shows like Tatort, Phoenixsee and Dark. He can also be seen in such feature films as The Little Ghost  (2013), Who Am I (2014) and Young Light (2016).

He graduated from Franz-Stock-Gymnasium in Arnsberg in 1986. He later worked as an ambulance driver in Munich.

He is a respected theater actor who received the Rolf Mares Prize for his performance in the play Wir Lieben Und Wissen Nichts.

He is the brother of actor Jan Peter Kampwirth.

He was cast alongside Antje Traue on Netflix's Dark.

Stephan Kampwirth Is A Member Of