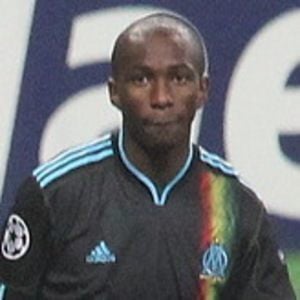 Defensive midfielder who joined the Queens Park Rangers in 2012 after spending three years with Marseille. He became a member of the Cameroonian national team in 2005.

He spent his youth career with the Kadji Sports Academy and Rennes.

He and Dany Nounkeu became teammates on the Cameroonian national team.

Stephane Mbia Is A Member Of