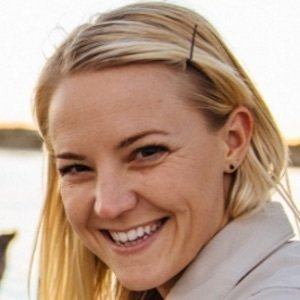 Known for being the first ever female Wild Guide of the popular web series Mutual of Omaha's Wild Kingdom. She earned the position in 2013 after winning a national contest via video submission.

She graduated from South Dakota State University in 2005 with her B.S. in education. She subsequently worked as an educational specialist for the famed San Diego Zoo.

She served as a whale shark spotter and educator for 3 Islands Whale Shark Dive in Australia. In August 2015, she was named the Wyland Foundation Ambassador for the Planet.

She was born and raised in South Dakota.

She and Marlin Perkins both gained widespread renown for hosting Mutual of Omaha's Wild Kingdom.

Stephanie Arne Is A Member Of