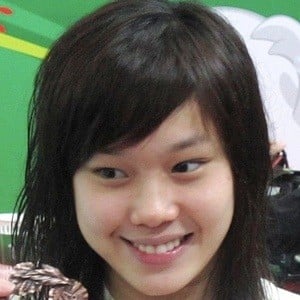 She swam for the University of California, Berkeley from 2010-2014 and helped them win two national championships.

She became the youngest Hong Kong Olympian when she made her debut at the age of 16 in 2008.

She hails from Hong Kong, China, but has also lived in California.

She and Ye Shiwen are both Olympic swimmers from China.

Stephanie Au Is A Member Of