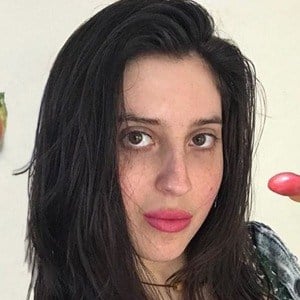 Visual artist who began receiving major attention in 2015, when her suggestive "fruit art" videos went viral on Instagram. Her controversial art, which also includes adult coloring books, has earned her coverage from outlets like Cosmopolitan, The Guardian and Harper's Magazine

She grew up in Bay Area of California and studied print-making at Laney College in Oakland.

She received the Best of the Bay Artist award in 2016.

She was born in Berkeley, California. Her father is a storyboard artist, and her mother is a director.

She was hailed as a "genius" by famed art critic Jerry Saltz.

Stephanie Sarley Is A Member Of